Gluten and Grain Free Diet: Recipes, Substitutions, and Why to Try It | Vega (CA)
Skip to content Gluten-free and plant-based living are no longer just trends, but rather mainstays in the health landscape. More recently you may have noticed grain-free products and resources beginning to catch on like wildfire. This is fueled in large part by the increased popularity of a paleo or primal diet (which includes the avoidance of grains). If you’ve been exploring any of these dietary preferences yourself, I get it...initially, it can seem limiting. Removing what were previously staple foods from your weekly rotation might have you feeling like you’re missing out, but finding a few new go-to recipes and staple foods, can mean the difference between feeling limited or liberated by your diet.

Is grain-free the new gluten-free?

Sensitivity to foods containing gluten is becoming more and more common, with an increasing number of us trying out an elimination diet, to see if it’s connected to various symptoms, most commonly digestive related (bloating, indigestion, acid reflux, cramping etc.). The reasons for removing gluten and grains from your diet vary as much as the individuals pursuing it.
The National Foundation for Celiac Awareness indicates as many as 18 million Americans may be affected by gluten sensitivity (non-celiac), and 1 in every 133 Americans has celiac disease (an auto-immune disorder triggered by the ingestion of gluten), yet 83% remain either undiagnosed or misdiagnosed National Foundation for Celiac Awareness. Celiac Central. Accessed April 13th 2015:http://www.celiaccentral.org/non-celiac-gluten-sensitivity.

With more and more people interested in grain- and gluten-free diets, expect to hear and see a lot more buzz around the grain-free and gluten-free foods in an effort to expand awareness for those who may benefit.

While there are some gluten-free grains (such as quinoa, teff and rice), many choosing to adopt a paleo or primal way of eating may avoid grains altogether. Everyone’s body responds differently to changes in the diet, so I encourage listening to the cues from your body, both positive and negative, as you make tweaks to your intake. Work with a specialized health care practitioner for individual support.

These are some of my favorite substitutions when “free style” cooking (without a recipe) at home.

Going grain-free and gluten-free means some traditional breakfasts like cereal, or wheat flour-based baked goods like muffins, pancakes and scones may be out the window. Your taste buds and energy certainly don’t need to suffer however, and there are plenty of options to reach for, even when time is crunched.

*Did you know: Vega One® All-in-One Shake is made without any grain-based protein sources (such as brown rice). Instead each serving has 20 grams protein from a multisource blend of pea protein, flaxseed, hemp protein and sacha inchi protein. 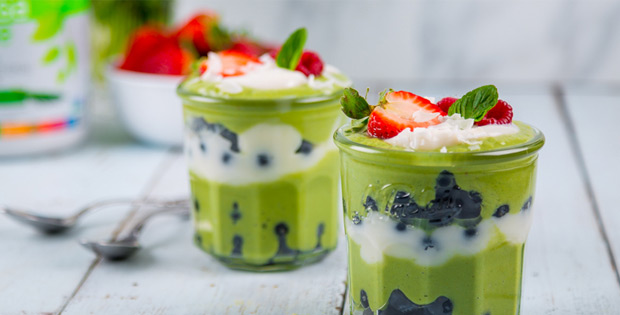 Look to repeat some of your breakfast ideas, smaller portions of main meals, or even some of the sweet treats to cut down on extra food prep time, and be economical with items on your grocery list.

1. Carrot Cake Protein Balls (base of dates, shredded carrot, and Vega One) 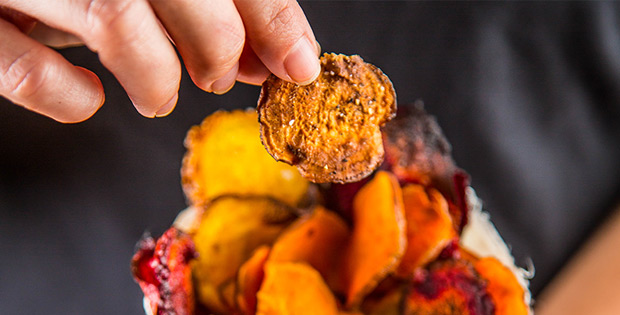 I enjoy making soups a couple times a week, using coconut cream, avocado or blended nuts (such as cashews) for a creamy texture that’s hearty and filling. Make a large batch and freeze a couple portions, so you can pull it out during a time-crunched week. Soups are also a great way to use up veggies in the fridge that are starting to go a bit limp (due to moisture loss), yet aren’t ready to be tossed.

Try layering your salads in mason jars with wet ingredients on the bottom, making them easy to transport to work or with you on the go. Simply shake when ready to eat, or dispense into a larger bowl. 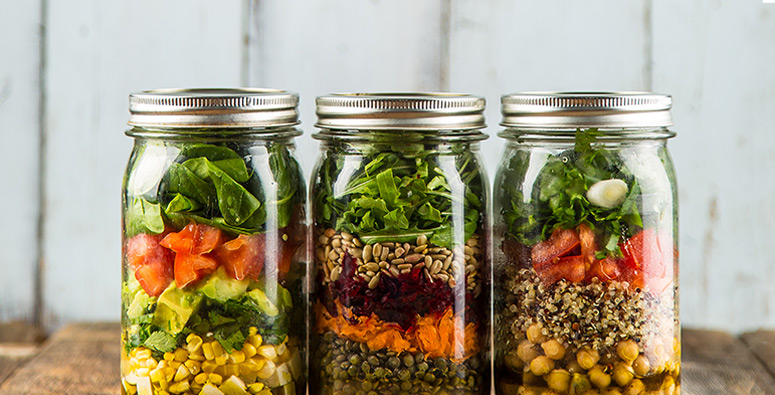 You may notice dinner staples such as squash and root veggies take on a higher importance on your plate in place of pasta or grain-based wraps, tortillas and breaded products.

I encourage getting creative with your meals by exploring new recipes, taste sensations, and textures, versus trying to force a recipe adaptation of a conventional grain-containing meal and have it not meet your expectations. It will be more satisfying to find a new go-to recipe than to try and compare a modified recipe to how it once used to taste.

Having said that, many recipes which call for just a bit of flour as a binder, or grains for texture, can be easily adapted for a grain-free lifestyle. Try using coconut flour in place of gluten/wheat based flours if you need to soak up extra moisture in a recipe, swap nuts or cruciferous veggies (such as cauliflower or broccoli) that have been pulsed in the food processor for grains such as rice in savory dishes, and ground chia can be used in place of oats as a binder. 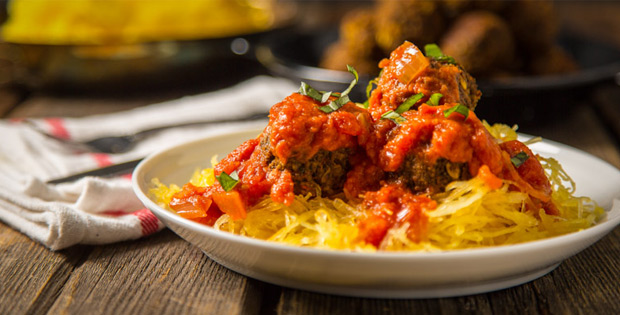 Just try missing grains with these decadent ideas! In some cases, such as the Poached Pears or Raw Chocolate Avocado Pudding, they could double as a mid-day snack. 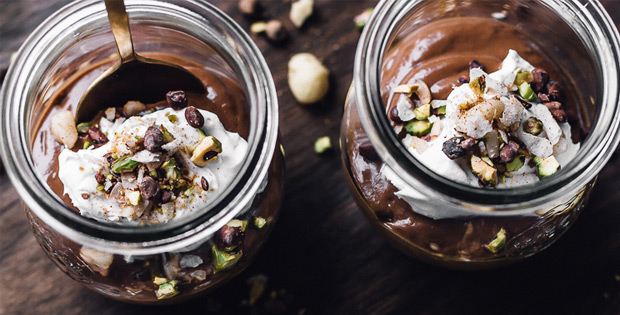 If you’re choosing a grain-free or gluten-free lifestyle, what have you found to be some of your go-to meal ideas? I’d love to hear how it’s going for you. Let’s troubleshoot and share tips together!

Emma Andrews is a Registered Holistic Nutritionist, certified in Plant-based Cooking. An endurance runner and cross-training addict, Emma believes the kitchen is your playground. She loves exploring new and innovative ingredients, recipes and food trends almost as much as she loves beating a personal best in trail and road races all around North America. Her motto? “Live a life that’s anything but average!” Learn more about her work as a public speaker and wellness educator at emmamazing.com or join her on social @emmamazing_life
emmarunsvan emmarunsvan The Endurance Dietitian: All my friends are going gluten-free, should I be too?